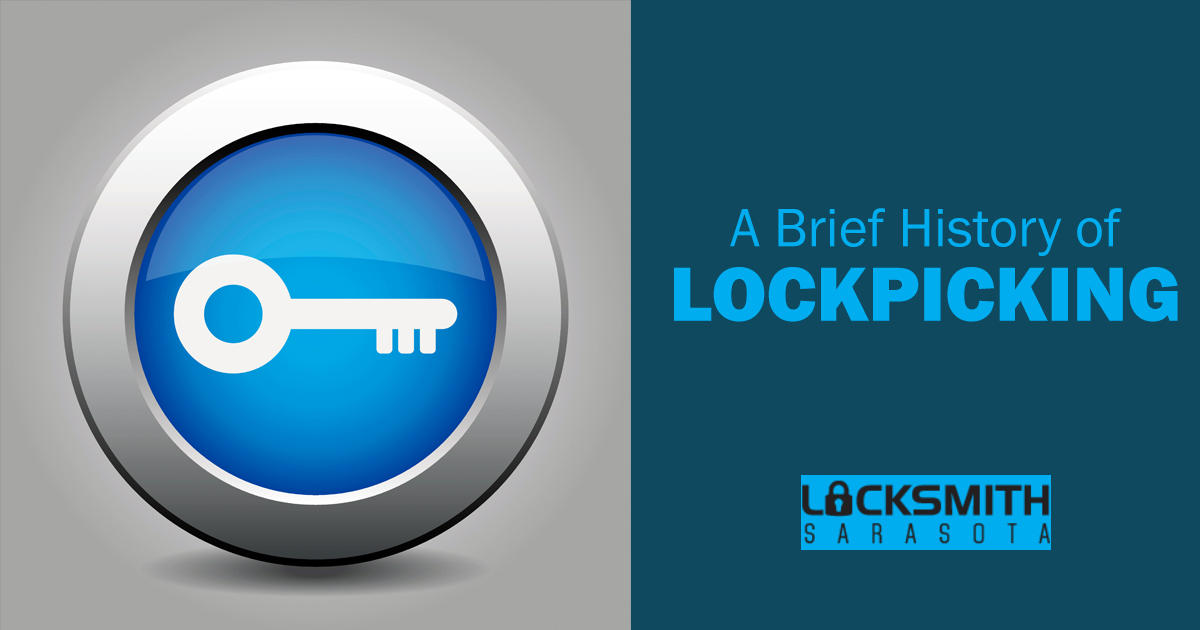 The lock got its start at the dawn of civilization, with early renditions simply using rope. No historian is truly sure who developed the first mechanical lock. Many believe the Greeks, Romans, and Egyptians created them separately from each other. More than 6,000 years ago in Egypt, a locksmith managed to create a pin tumbler lock made completely out of wood. The first locks were not very secure, and “perfect security” — the term that security experts use to describe complete safety from intruders — was unattainable. That is, until an inventor named Joseph Bramah came along in the 1770s. 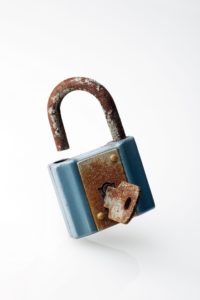 In the 1770s, Bramah arrived to the locksmithing scene in England as a polymath engineer. He created a lock that was far better than any other at that point in history: the Bramah safety lock. His lock had complex layers between the key and the lock’s deadbolt. He believed he’d created the perfect lock. Bramah was so confident in his lock that he even created a contest, offering 200 guineas (about $30,000 today) to anyone who could pick the lock. The British government took interest when the lock proved unbeatable.

The government wanted a perfect lock that would alert the owner if someone tried to open it. Thus, the Chubb detector lock came about, invented by locksmith Jeremiah Chubb. The lock would seize if a lockpicker tried to lift a tumbler too high, so that even the key wouldn’t work. The owner would know that someone tried to open the lock because he or she would have to use a separate key to reset the tumblers. From the 1770s until 1851, civilization enjoyed what is perhaps the only period of “perfect security” in history.

The Lock Controversy Of 1851

An American locksmith named A.C. Hobbs made a living selling his own locks. He generated a great deal of business by showing bank managers how easily he could pick their locks. During London’s Great Exhibition in 1851, Hobbs decided to end the era of perfect security by picking Chubb’s lock. It took him about 25 minutes to successfully get the lock open. Then, he moved on to pick the Bramah lock, which took him about 52 hours total. The feeling of perfect security evaporated.

After the downfall of Bramah’s unbeatable lock, locksmiths created with their own renditions. Linus Yale, Jr. mass-produced his pin-and-tumbler locks until it became the world’s most commonly used lock. Yale locks still are available today, and his design likely is the same kind of lock on your doors. Pin-and-tumbler locks are relatively easy to pick if you know what you’re doing have the right tools. Today’s security depends on other more impressive technologies, such as electronic security systems and innovative technological locks.

Modern “lock picking” often involves a crowbar through the window or a breach of a high-tech security system. To protect your home, trust the professional locksmiths and security experts at Locksmith Sarasota.

I’m the owner of Locksmith Sarasota. My company provides full mobile local locksmith service all over the Sarasota area. We always offer reliable and professional service with fair prices and a friendly attitude. Whenever you need a local locksmith in Sarasota, please give us a call and me or one of my technicians are going to be there for you.

We are happy to provide a 10% senior and military discount. We are glad to provide financial assistance to those who may need it as well. We are always ready to help our community. Backed with our many years of experience in serving the city, you can rest assured that you are in good hands. Call us for the best locksmith service in Sarasota!

Have you experience being locked out of your car? Sure, this is embarrassing, but worse is that you cannot get into your car and drive where you need to be. We are help to help you out. Locksmith Sarasota is the best way at opening your car or truck without having to break the window.
Read More

Did you forget the keys on your house? Are locked out for your home? Regardless of the time of the day and night, we can get to you to help you get inside your house. Also, we offer new door locks installation to ensure that the safety and security of your property and family are protected against burglars and other intruders.
Read More

Have you transferred to a new office in Sarasota? Do you want to make sure that your commercial business establishment is secured? Call Locksmith Sarasota and we will install new locks to your office to ensure that no one can enter your property without your permission.
Read More

As a family owned company, we are flexible at our pricing. We are licensed, bonded, and insured and have had worked with a number of clients in the greater area of Sarasota FL. Contact us for all your locksmith service needs and we will gladly attend to your needs our best ways possible.
Need an Affordable and Reliable Locksmith?
Give Us a Call Today and We Can Be There in Less than 25 Minutes
Call Now: (941) 281-4100
© Copyright 2023 Locksmith Sarasota | All Rights Reserved | Sitemap